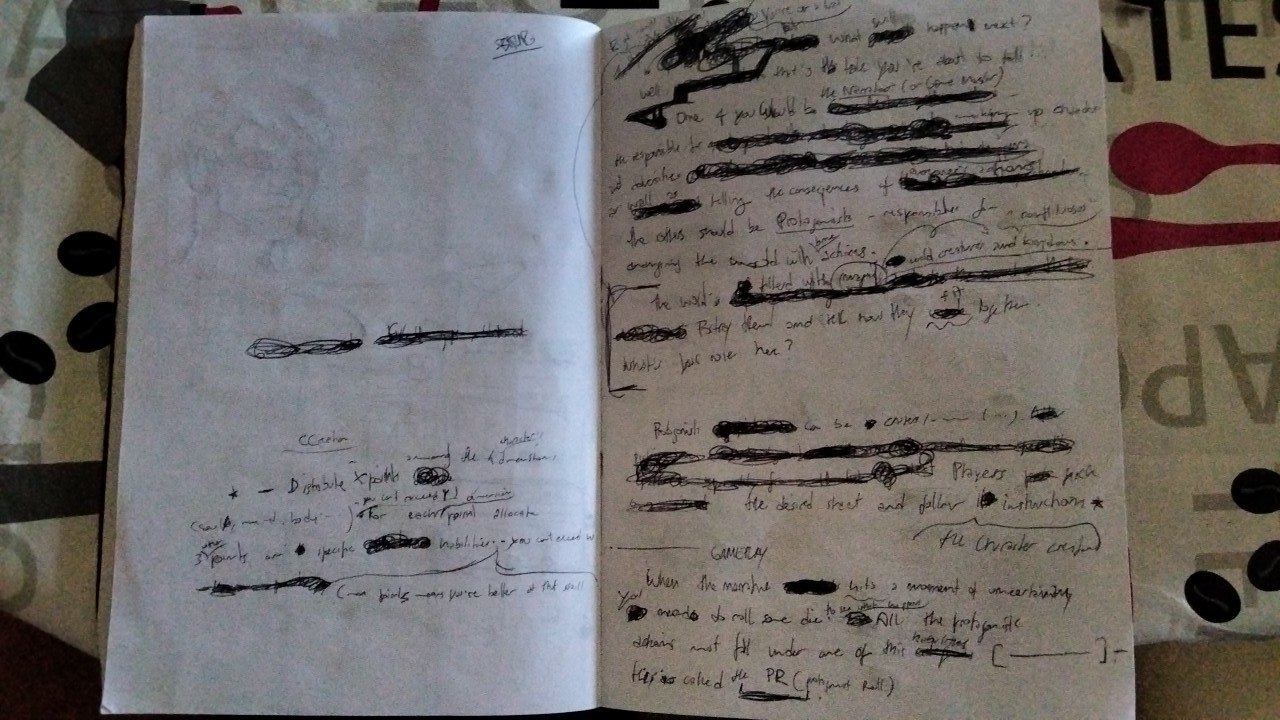 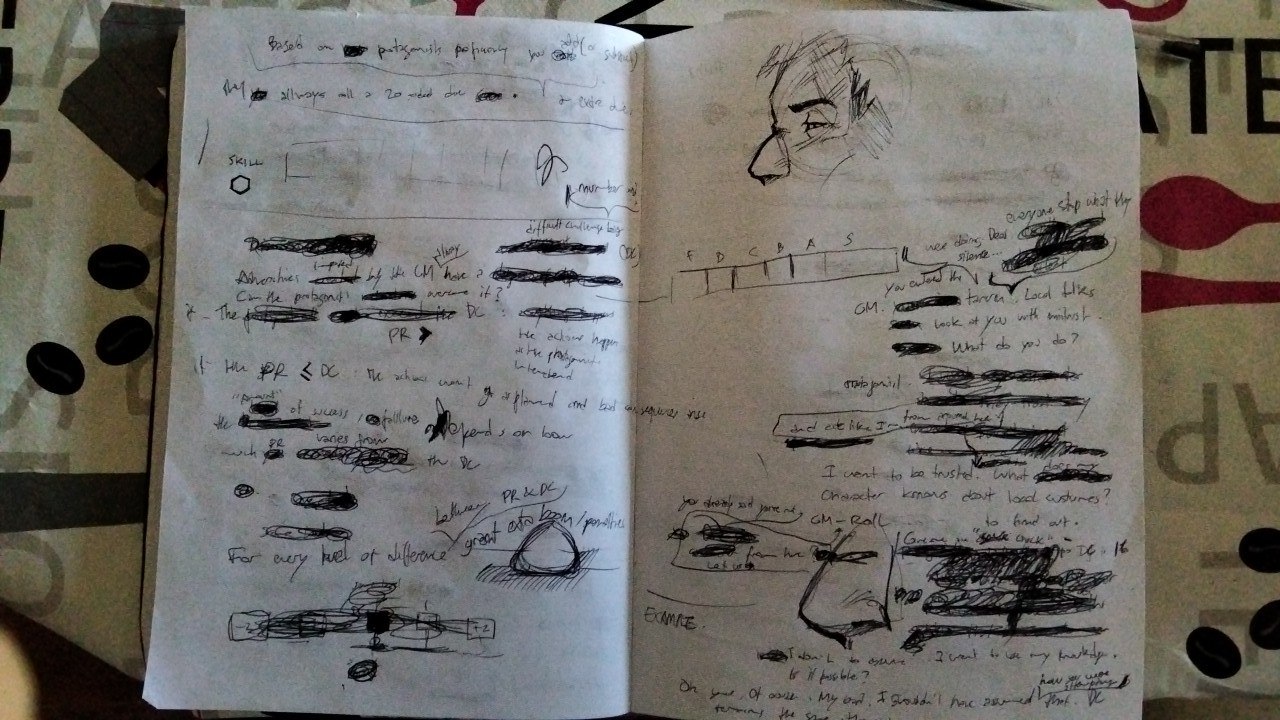 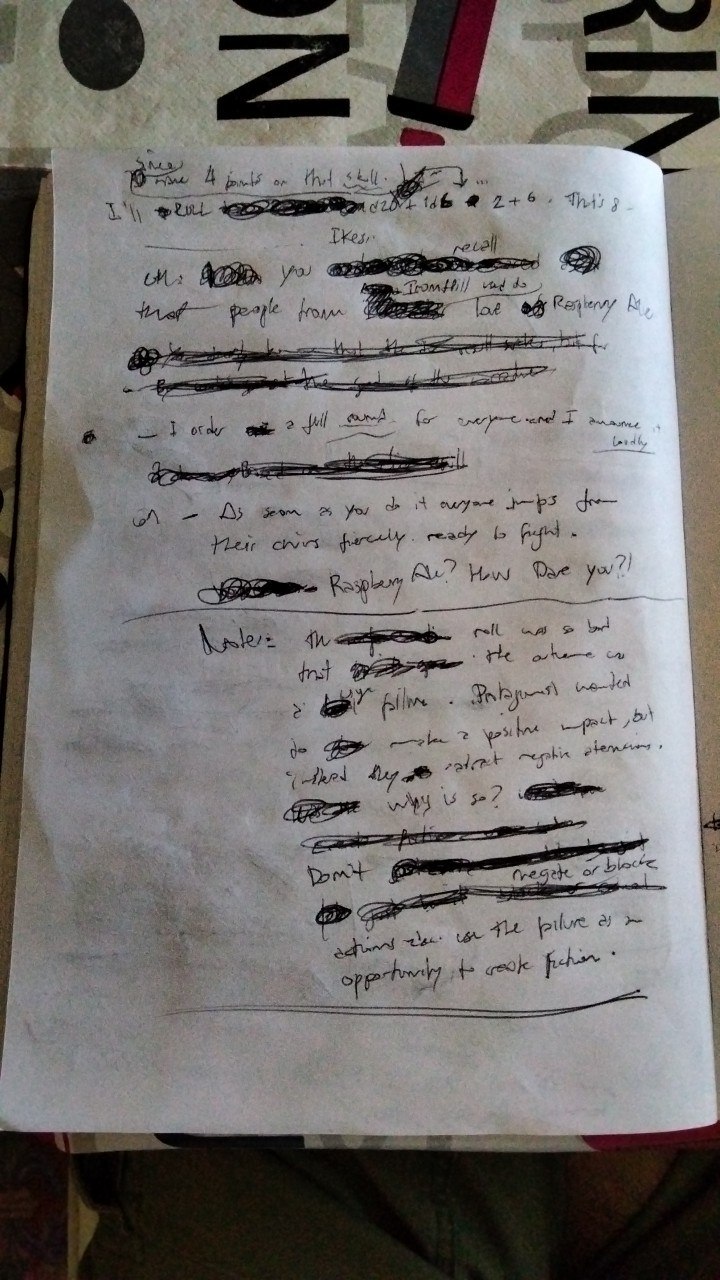 SETTING The world is filled with wild creatures, unpredictable magic and xxxxx kingdoms. Portray them and explain how they fit together. What's your role here?

Right now you're in a trail. But what happens next? Well, that's a tale you're about to tell...

ROLES One of you should be Narrator aka Game Master (GM) - the responsible for making up new characters and adversities, as well as telling the consequences of everyone's actions. The others should be Protagonists - responsibles for changing the world with their actions.

Protagonists can be Xxxxxx. Each player pick one of the available sheets and follow its instructions.

PROTAGONIST CREATION Write your name and make some choices by filling bullets and striking out options mentioned on the sheet.

Distribute X points among the 4 Dimensions (Body,  Mind,  Soul and Skill) - you can't exceed X. For each dimension point, allocate 3 other points on the dependent categories (more points means you're better on that ability).

GAMEPLAY When the narrative hits a moment of uncertainty you need to roll some dice to see what happens. All the Protagonists actions must fall under one this categories (xxxxxx). This is called the PR (Protagonist  Roll).

PR is always made with a 20 sided die. Based on Protagonist's proficiency you add or subtract an extra die. #image

Adversities imposed by the GM always have a Difficulty Challenge number and a rank (DC). Can the Protagonists overcome it? If PR>DC: the actions happens as the Protagonist intended.

If PR<=DC: the actions won't go as planned and bad consequences arise.

The amount of success / failure depends on how much PR varies from DC. For every  rank differ from each other grant extra boons / penalties.

EXAMPLE GM: You entered the tavern and everyone stops what they were doing. Dead silence...  Local folks look at you with mistrust. What do you do?

P: I'm from a faraway land, but I want to act like I'm from around here. What does my character knows about local costumes? GM: Let us roll to find out. Give me 'senses' check - DC is 14.

P: hmm, I don't want to observe. I want to use my knowledge. Is it possible?

GM: oh yes, of course. I shouldn't have assumed how you were attempting that. DC is now 17, though.

GM: You recall that people from Ironhill love raspberry ale.

P: I pay a full round for all the customers and I announce it loudly.

GM: As soon as you do it, everyone jumps from their chairs fiercely and ready to fight.  "Raspbery ale?! How dare you?!"

NOTE: The PR was 2 ranks lower than the DC. The outcome had to be a huge failure. The Protagonist wanted to make a good impression, but instead they ended up atracting negative attention. Why is so? Why do they hate that ale so much? What's the story behind? Keep playing to find out.

Don't just negate or block actions. Use the failure as an opportunity to create fiction.

EXPERIENCE CLOCK Each time an action generates relevant information about the world, tick the clock. When the clock is filled, mark Progress. 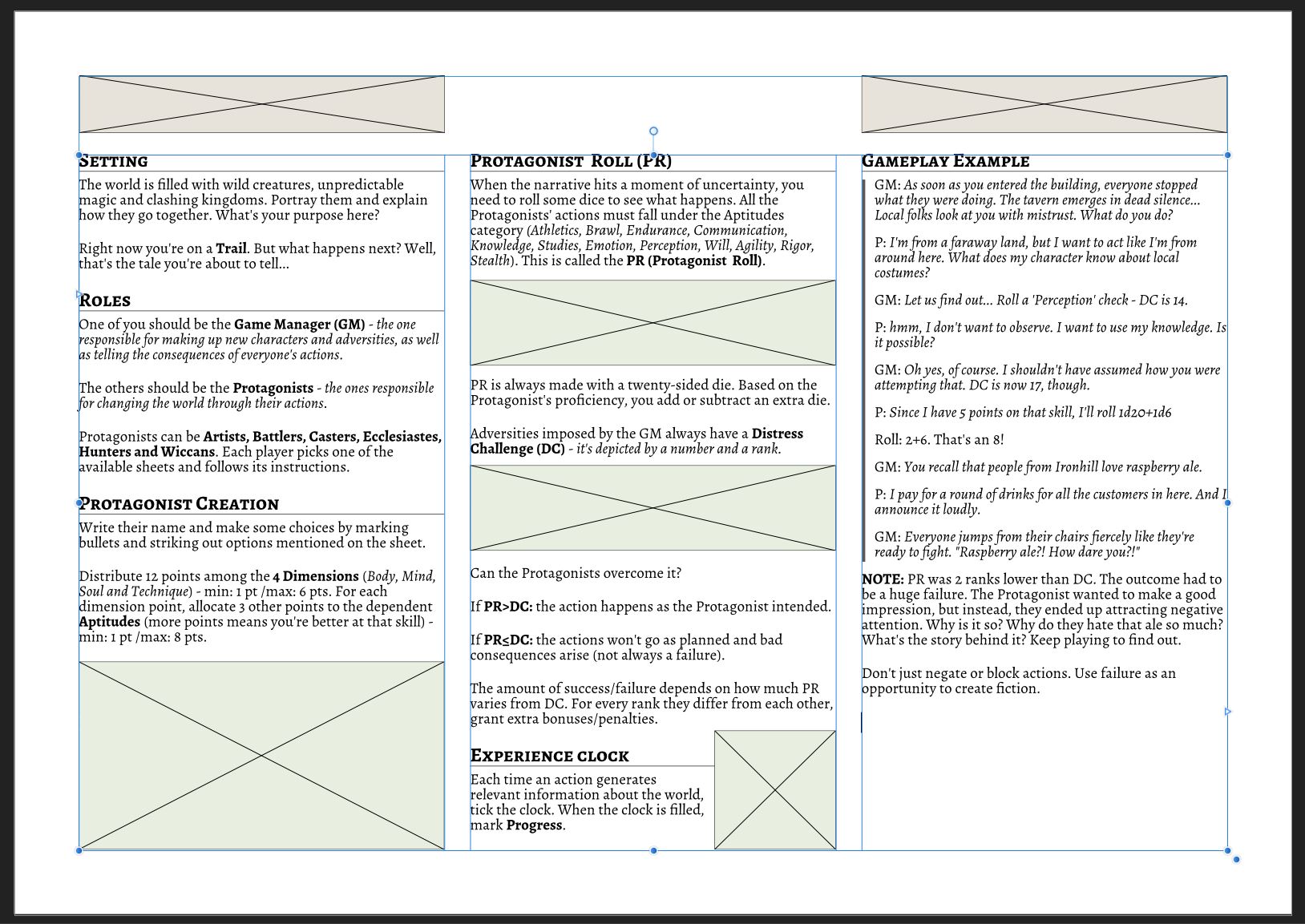