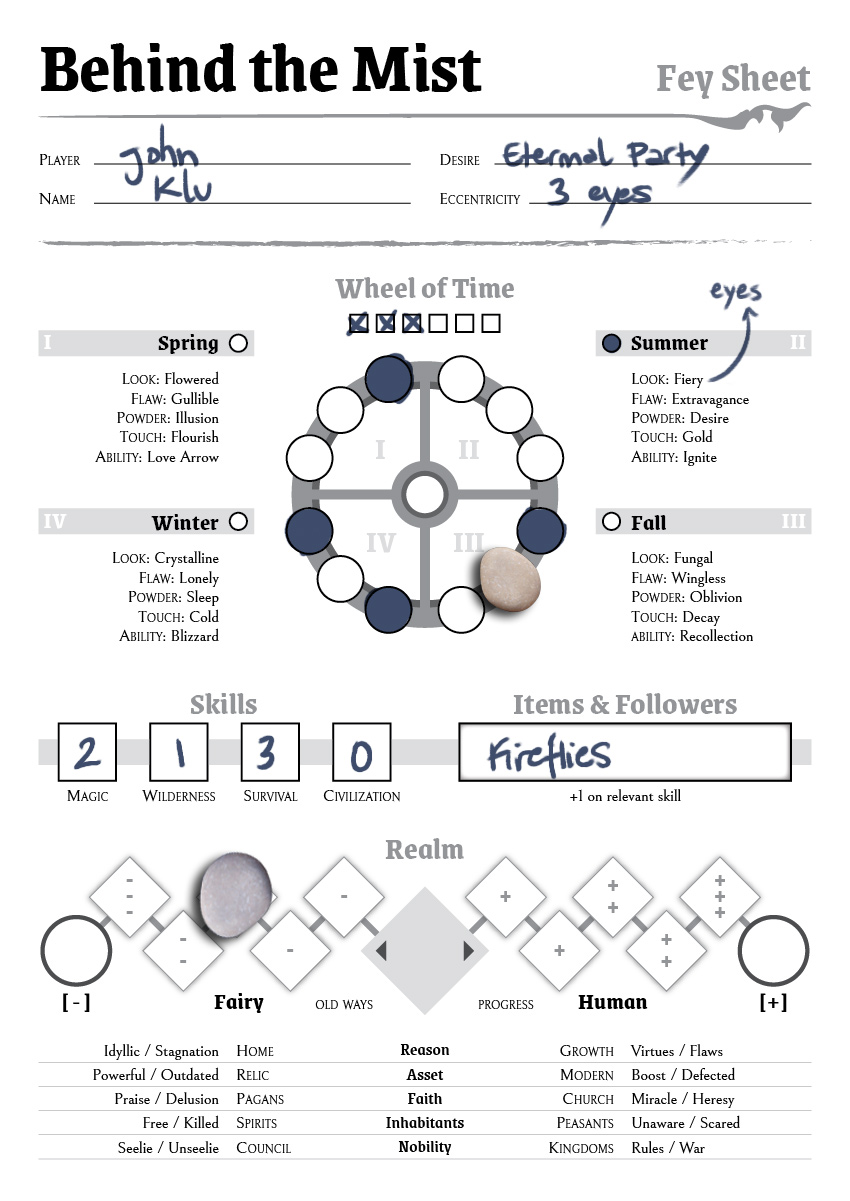 Chronicler: The priest is giving a speech. Everyone is mesmerized by the after-death talk. What do you do?

Klu: I want to ignite the cross - the one priest is holding.

Chronicle: How do you do that?

Klu: That’s my ability. I stay hidden - I’ll do it just by looking at it.

Chronicler: Alright. First let’s analyse the Wheel of Time. Your Wheel Pebble is in the Fall quadrant. Does your action fit that season?

Klu: Maybe… I’m trying to “fade and end” the priest's performance. Is it acceptable?

Chronicler: Sure. Mark another time box.

Klu: Now I have to check the “realm part”, right?

Klu: I’m helping the human side by stopping the charlatan.

Chronicler: Are you? I mean… Who is benefiting from your actions? The “Old Ways” or the “Progress”? You’re fighting the new religion after all.

Chronicler: You are using Magic, right? You have 2 on that skill.

Klu: I chose the option “scare the peasants”

Chronicler: As the holy symbol burns, the Priest himself starts to panic. “The devil is in here” - he shouts. Some of the people lose faith in this new god.

Get Behind the Mist

Add Piece Of Magic To Collection